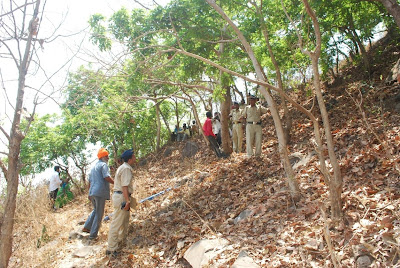 A 40-year-old resident of Amar Nagar who was missing since last one and a
half month was found dead by hanging on a tree in the forest area of Mulund
Colony on Thursday afternoon.
Ramesh Kisan Zugre was missing since March 23. The missing complaint was
registered with Mulund police station. Deceased has three sons and a
daughter, while his wife died three years back.
According to a police officer of Mulund police station, “The missing report
of this person was registered with the police station. Today, we received
the information of this body hanged on a tree in forest area of Mulund
colony.  It is a case of suicide.” Police has sent the body for post-mortem
to Rajawadi Municipal Hospital
at May 07, 2009