wish u all A VERY HAPPY REPUBLIC DAY 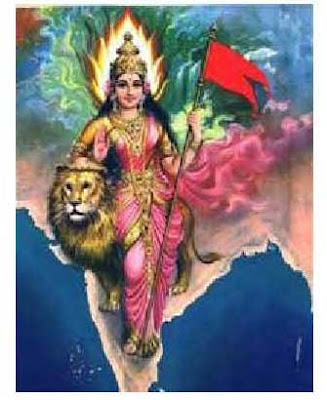 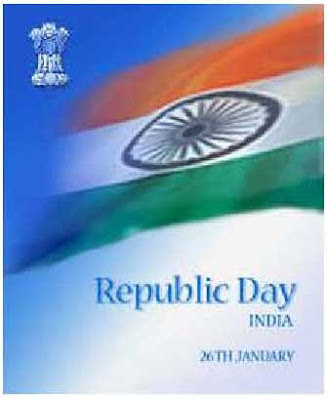 Republic Day is one of the greatest national celebrations observed throughout the country on January 26 every year. India became Republic on the 26th Jan, 1950. The country became a sovereign democratic republic with a written constitution and an elected parliament.

At the time of independence, although India was under British rule, there were 565 Princely States, big and small, ruled by powerful sovereigns who were protected by treaties of alliance with the British Crown. Without bringing them together, the fundamental unity of the country was not possible. This unification was accomplished by Sardar Vallabhbhai Patel, whose statesmanship helped to integrate the country into one nation. In a little less than 2 years, all the princely States became a part of the Republic of India.

A little background: It was in the Lahore Session of the Indian National Congress at midnight of December 31, 1929 - January 1, 1930, that the Tri-Colour Flag was unfurled by the nationalists and a pledge taken that every year on January 26, the "Independence Day" would be celebrated and that the people would unceasingly strive for the establishment of a Sovereign Democratic Republic of India. The professed pledge was successfully redeemed on January 26, 1950, when the Constitution of India framed by the Constituent Assembly of India came into force, although the Independence from the British rule was achieved on August 15, 1947.

The most spectacular celebrations include the march past of the three armed Forces, massive parades, folk dances by tribal folk from the different states in picturesque costumes marking the cultural unity of India. Further, the streak of jet planes of Indian Air Force, leaving a trial of coloured smoke, marks the end of the festival.

The President of India at New Delhi, on this most colourful day, takes salute of the contingents of Armed Forces. In the States, the Governors take the salute, and in Taluqas and administrative headquarters the same procedure is adopted. At Vijay Chowk in New Delhi, three days later (i.e. 29th January) the massed bands of the Armed Forces "Beat the Retreat" in a majestic manner.

The first Republic Day parade in 1950, was held at the Irwin Stadium (the present day National Stadium). It was the British who brought to India the concept of the ceremonial parade. It was used for both celebration and national glorification. the Republic Day parade, once a small and modest affair, has now turned into a lavish spectacle of marching columns representing the armed forces, accompanied by armoured vehicles and military bands. These are followed by decorated floats presented by the various states of India and folk dancers drawn from the diverse regions of the country. An air display by the Indian Air Force, forms the highlight of the parade. In the capital, New Delhi, the festivities are the most spectacular, and the day is celebrated with parade and pageantry. Watched by a vast multitude of people, the parade starts from the Rashtrapati Bhavan (the Presidential residence) and winding its way through the heart of the city, ends at the historic Red Fort in Old Delhi.

End of the Republic Day celebrations

Three days later, on the evening of January 29, a stirring ceremony known as 'Beating Retreat', is held. The ancient military custom of sending drummers through the streets just before sunset to warn the troops to return to their barracks before the flag is hauled down for the night, has been revived in a unique way. Twenty or more bands, from the three services, perform. The plaintive notes of the old hymn, 'Abide with me' is played. The bands fall silent and a solitary bugler takes up the hymn's refrain. The final notes fade away-marking the end of the Republic Day celebrations.

v WE, THE PEOPLE OF INDIA, having solemnly resolved to constitute India into a SOVEREIGN SOCIALIST SECULAR DEMOCRATIC REPUBLIC and to secure all its citizens:

v EQUALITY of status and of opportunity; and to promote among them all

v FRATERNITY assuring the dignity of the individual and the unity and integrity of the Nation;

v IN OUR CONSTITUENT ASSEMBLY this twenty-sixth day of November, 1949, do HEREBY ADOPT, ENACT AND GIVE TO OURSELVES THIS CONSTITUTION.