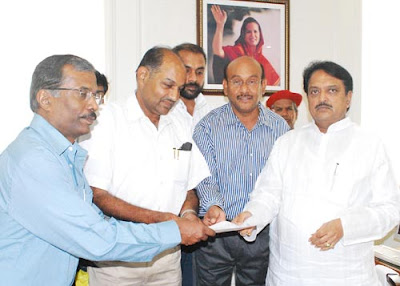 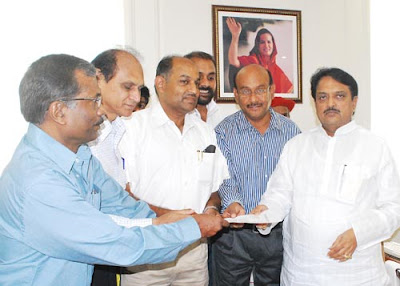 A delegation led by HIRWA, a NGO based in Mulund met the Chief Minister of Mahrashtra, Vilasrao Deshmukh on Friday, 17th October 2008. The objective of the meeting was to highlight load shedding which has been reinitiated in the suburbs of Mulund, Bhandup & Kanjurmarg and also about the forest issue which is bothering lakhs of citizens living in residential colonies constructed on forest land. A memorandum in the same concern was handed over to vilasrao deshmukh. The chief minister along with principal secretary, sangitrao ,upon hearing the concerns of the delegation took a sympathetic view of the subject and immediately instructed MSEDCL M.D.,Ajay Bhushan Pandey to make efforts obtain additional power from the available resources, and if feasible private players can also be permitted to operate in the suburbs as a measure to secure 24 hours of electricity to the affected suburbs.

While speaking about the forest issue, Hirwa delegation also expressed their fear that the term"restored forest" would be a major setback if represented in the Supreme Court, as they will have to approach the forest department for permissions in evry aspect of development or any activity for that sake. Also a negative remark cannot be ruled out if the term in the affidavit is not corrected in the "Application For Direction", taking cognizance of the issue, the chief minister instructed Manglurkar to make the necessary alterations in the "Application For Direction" to be submitted to the hon'ble supreme court along with some measures which can be helpful in securing relief to the residential colonies constructed on the forest land.

Rajesh Ingle of youth congress, explained "this meeting with chief minister was initiated by MLC, Charan Singh Sapra, but he couldn't attend the same as he is busy with his work assigned by Smt. Soniya Gandhi, as an observer in the state of Punjab. He further said that when Charan Singh Sapra was sensitized about the proceedings he expressed his faith in Chief Minister Vilasrao Deshmukh and ensured that the chief minister will definitely take appropriate measures so that innocent people and common man will not suffer.
at October 17, 2008 No comments: