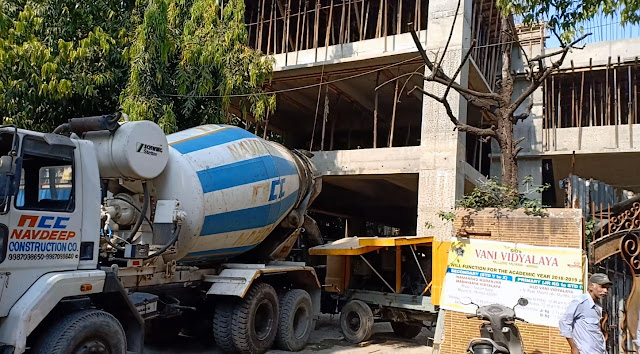 Mulund, Saturday 27 Oct 2018
Students and their parents from Mulund vidya mandir school were angered at the adjoining Vani Vidyalaya school administration for carrying out heavy construction activity while the semester exams was on. Irate parents criticised the Vani vidyalaya school for its ignorant attitude as their wards complained of heavy construction  noises distracting them from examination which did not allow the students to concentrate.
Parents said they were surprised that even though vani vidyalaya was a school itself the administration was being ignorant of sufferings by neighbouring school students.
When the administration of vani vidyalaya was contacted they claimed that the construction of the school building has been going on since past one year and none had any issues with the activity. Further if the mulund vidya mandir school had intimated about their exam schedule they would have take appropriate measures in order to avoid inconvenience to their school children.
at October 28, 2018 No comments: