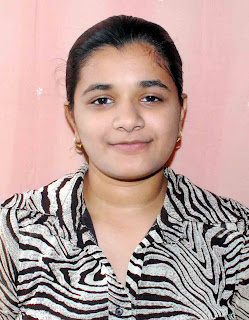 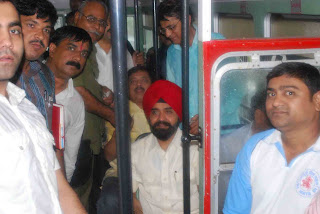 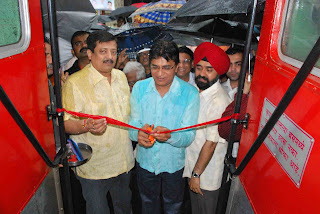 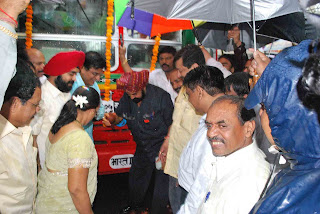 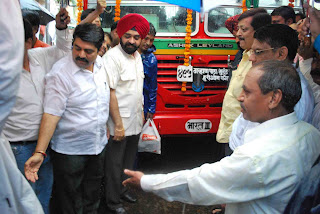 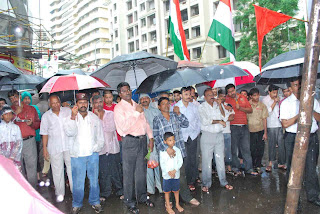 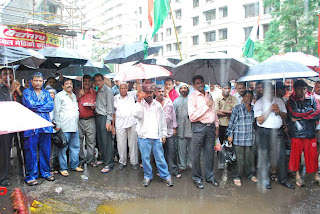 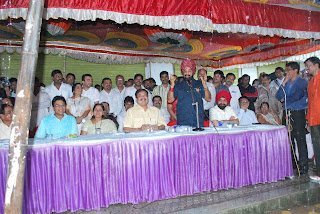 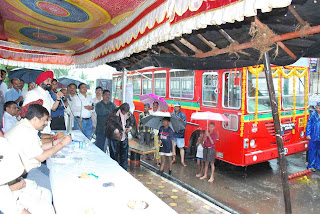 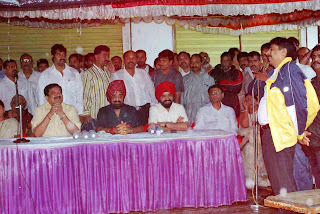 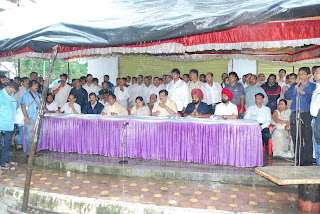 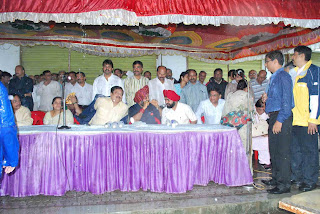 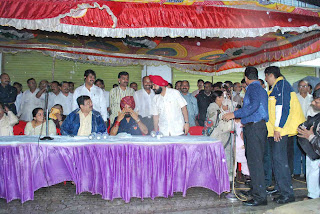 Local Shiv Sena, BJP & Congress Leaders to contest with each other to gather credit fo the same .

There was a long pending demand [since pasty 10 years ]from locals regarding provision of a special bus to ferry residents of Hari Om Nagar and nearby to Mulund [East] Station. Their prayers were answered today when a new BEST Bus Route no 495 was initiated by the BEST Committee. What surprised all the residents was the presence of representatives of rival political parties on the same dias, but countering each others claims to gather the credit for providing the much delayed Bus Service.

The residents of Hari Om Nagar were at first tensed about the inauguration program as they feared occurrence of unpleasant incident due to friction between the rival party workers, but at the end they went home entertained thinking that even the heavy rains during inauguration did not dampen the spirit of the local politicians as sarcastic remarks and claims were made by leaders against each other to claim their share of fame in the inauguration of the new Bus Route. 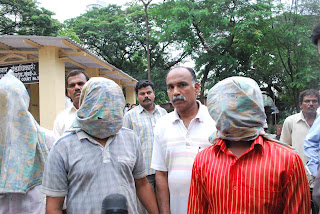 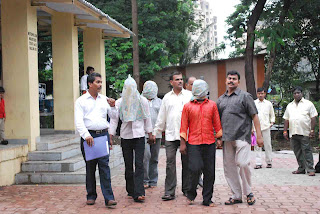 Garment Businessman Sanjay Pandhorang vedak (45) of Bhandup Residing at 101, Padmavati Bldg, Opp Nahur Rly. Stn., (East) was shout out by 2 round bullet on head When he was going home by his car MH 31H 5998 After purchasing lots of things from D-Mart on 28th June 2008 at 9.15pm and Due to loss in Business he closed down Business kanjur marg police has registered this murder case and IO Borde stated inquire With in 48 hours they found accuse 3 person Name Roshan Kadam , Satish Vitkar , Shankar engle were arrested under Section 302, 120B, 34, 325 @ without license firing with gun and murder and were presented to Mulund court on 30 th june 2008 at 4 pm and they had pc till 11 July and they were found Privies Business Partner They did this for12 lakhs rupees which they had given to Sanjay for Business , sanjay was not able to give their money
at July 01, 2008 No comments: