Acting in a tip off t he Mulund Police, recently arrested two persons and recovered 69 kg marijuana worth Rs 6.90 Lakh from them. The accused have been arrested from Vijaynagar area. 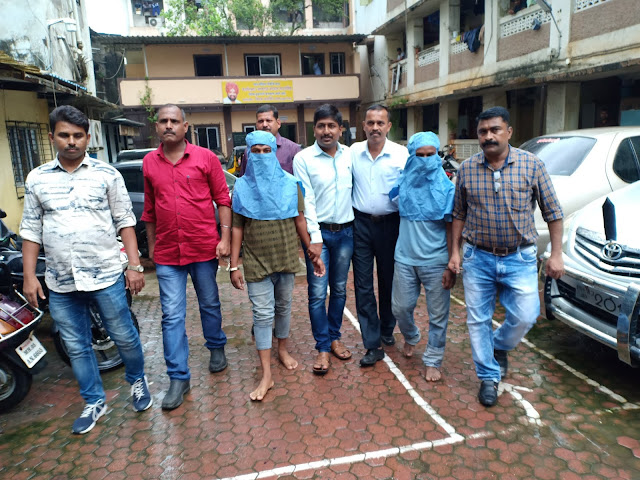 According to information, the police received information that two persons were coming to sale marijuana at Vijaynagar. Following the tip off, a trap was set and the due was nabbed. Police recovered 12.500 kg marijuana from them. When questioned, they revealed that the contraband was stored at a place. The police team raided the spot and recovered 56.500 kg marijuana, collectively worth Rs 6.90 lakh.
The accused, when produced in the court were sent to police custody till July 1. A team of Mulund police comprising senior police inspector Ravi Sardesai, PI Prakash Warke, API Sachin Kadam, Avinash Pore, PSI Ravindra Alekar,. Faiyaaj Mulani, ASI Salvi, Police Constable Deepak Ghorpade, PN Thorat, PC Waghmare, Jadhav, Kadam, Patil is investigating the matter.
at July 03, 2019 No comments: