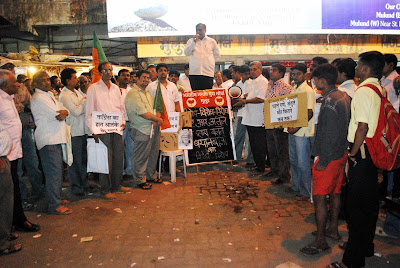 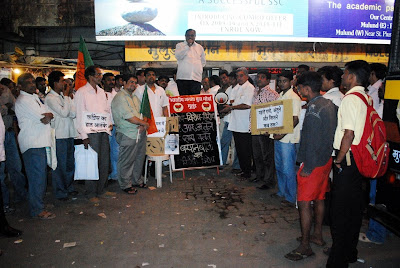 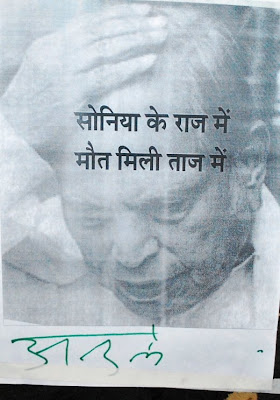 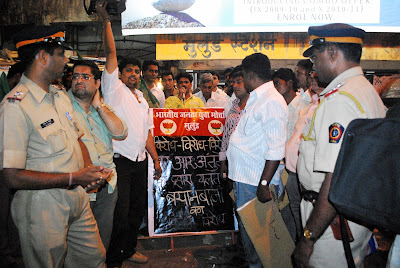 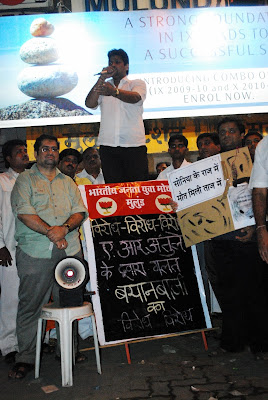 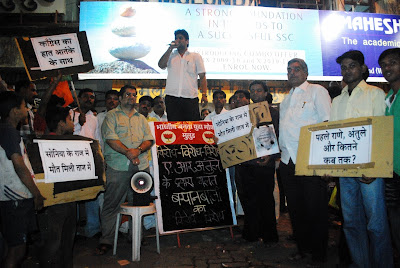 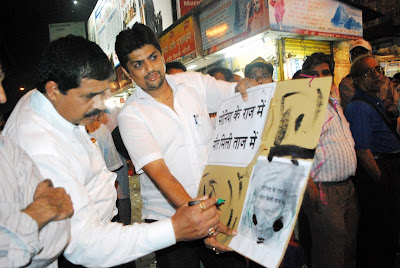 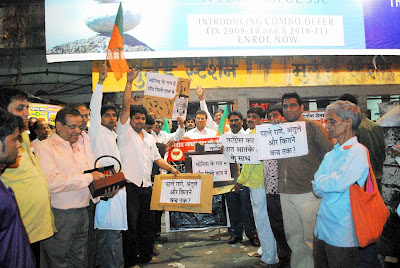 We are proud of you Advocate Mr. Mota ! 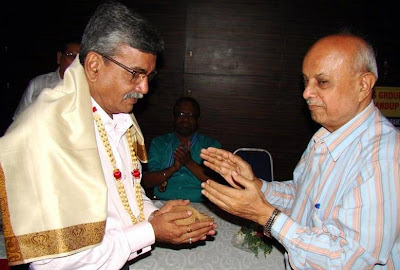 
Giants Group (International) of Bhandup felicitate Advocate Dinesh Mota who refused to represent Ajmal Qasab, the lone 26/11 terrorist captured alive by Mumbai Police in court and honored him by giving Honorary Membership of the Group in an event organized at Hotel Mantra in Powai on Sunday evening.
at December 18, 2008 No comments: 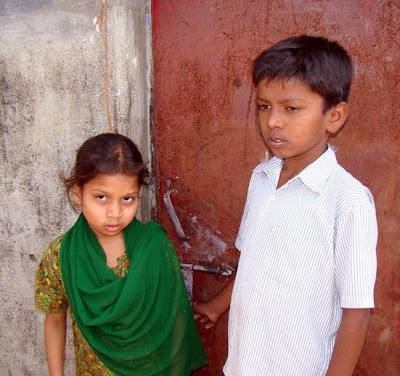 Locked home were the incident was happened and Farida (8) & Samsher Khan (11) sitting with her aunt Raziya Khatun. 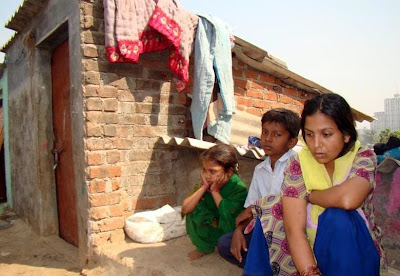 Farida (8) & Samsher Khan (11) is standing near locked home were the incident was happened. 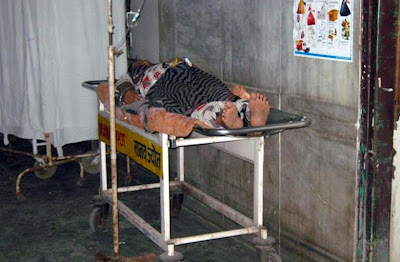 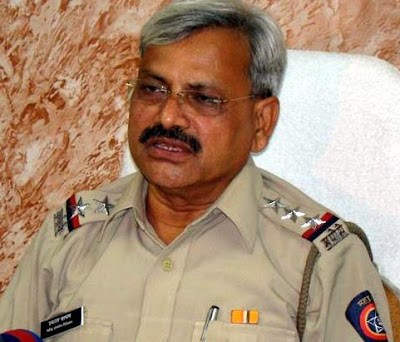 On Monday at around 11.30 am, a resident of Kismat Nagar Bhandup, Kitabunisa Khan (35) a mother of 4 children, who killed her daughter Afreen Bano(2) and Salman (5) and attempted to suicide, it came to know when her other two children Farida (8) and Samsher Khan (11) returned home from school and had seen that the door was locked from inside, they ran to aunt's home who stay just neighbourhood room and asked her about mother, as she do not know about her, we went back to home and started banging on the door, thinking that she may inside, and the door was opened. "We were shocked to see my mother laying on the ground and have rope on her neck, younger sister & bother they were laying on the bed and I immediately run to call my father Shabir Ahmed Khan (36) who is scrap dealer, till that time neighbours who informed the police about this incident" said Samsher the elder son.

Raziya Khatun the sister of Kitubunisa who stay in the neighbouring room said "there is no fighting in their family nor they under going any financial crisis, but she was little high temper, as she was suffering from mental illness so in some time she is Ok and next time she is violent and till 10 am we were chatting, and at that time I never thought that she may do such a thing.

While talking to Press at Bhandup Police Station, Mr. Prakash Jadav Senior Police Inspector said as soon as we received the information our Police reached the spo, they taken the custody of the body & send to the Mulund General Hospital, where two children were declared as death and the women was in unconscious condition, after preliminary treatment and as she was in a critical condition so she had shifted to Sion Hospital. As it was clear case of murder & attempt to suicide and at the time of crime no family member were present in home. So we booked Kitabunisa Khan (35) under Section 302 of the IPC for Murder and also booked her for attempt to suicide. We will take the custody once she recovered.