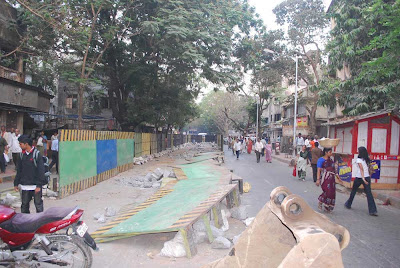 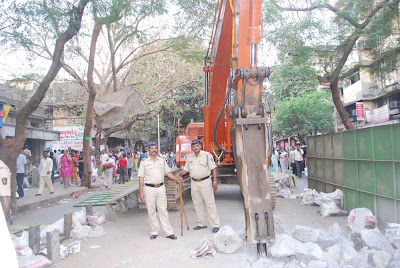 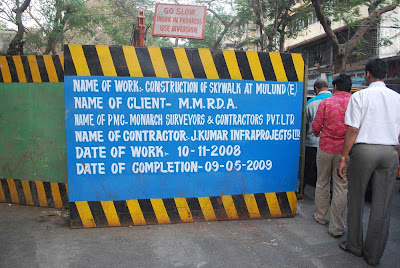 MLC, Charan Singh Sapra's, justified opposition to the project leads to cancellation of the skywalk. Three member committee reviews points raised by Sapra and resurveys the project and withdraws the decision of making skywalk.

The ongoing work of constructing a Skywalk in Mulund east has been stopped, as the MMRDA officials have reviewed the reasons brought to light by Sapra. In his meeting with MMRDA commissioner Ratnakar Gaikwad, Charan Singh Sapra justified his opposition to skywalk on the below said grounds;

Charan Singh Sapra said "Mulund east comprises of only residential colonies and shops and is sparingly populated, further there are no companies, malls or industries in east, thus there is never any traffic jam or congestion in Mulund east, thus there is no need of a Skywalk". He also expressed his displeasure against the surveying agency appointed by MMRDA, and said "the appointed surveying agency only superficially surveyed the area of Mulund east and presented general statistics which convinced MMRDA of need to implement skywalk project. Therefore we presented proper statistics of diversion of pedestrian and vehicular movement to clarify the misconception of a "urgent" need of a Skywalk in east"

He also stated in his argument that" Since the roads, lanes and junctions are very narrow [35 – 40 feet] with presence of rickshaw and taxi stands, raising pillars for skywalk will restrict movement of BEST busses. Also the presence of the skywalk pillars will hamper the mobility of ambulances and fire brigade in case of small emergencies, and will worsen in cases of disastrous emergencies"

Taking cognizance of the facts brought to light by Sapra, the MMRDA commissioner instructed a three member committee to conduct a resurvey of the project. After the resurvey the committee seconded the concerns raised by Sapra, as a result of which the Skywalk project in Mulund East has been cancelled. The decision was conveyed on phone by MMRDA, Additional Chief Engineer, Col. Pahal.