AWO's under one banner………… at Juhu beach 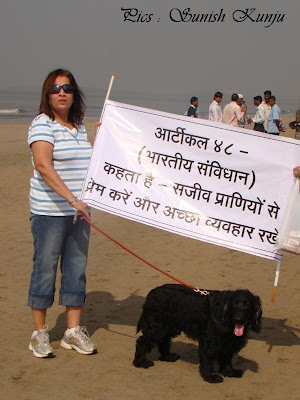 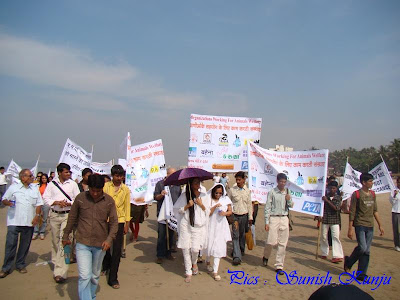 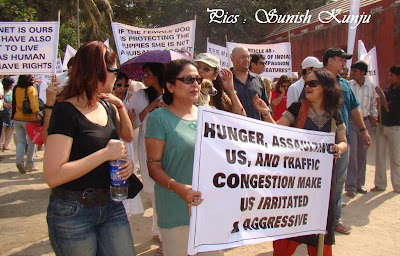 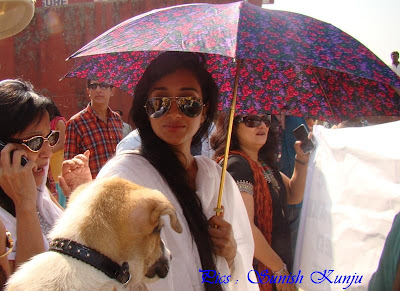 Animal Welfare Organisation and Animal Lovers from all over Mumbai came under common banner to save stray dogs and organized a rally at Juhu beach after recent Bombay High Court decision on killing nuisance stray dogs in the city.

Celebrities like Anju Mahendru, Raju Kher, Jiah Khan, Urvashi Dholakia and Neena Gupta were also taken part with their canine to express their stand to support animal welfare organisation in the movement to save dogs from killing.

In December 2008, the Bombay High Court ruled that stray dogs there were nuisance could be killed. While taking PNR News, an animal lover Nisha Kunju said "after the order there is a chance, BMC will misuse the power and start killing stray dogs" and instead of killing to control stray dog population the BMC should set up Sterilization centers in each ward, so that the sterilization process will be fast.