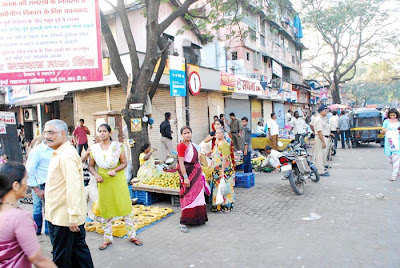 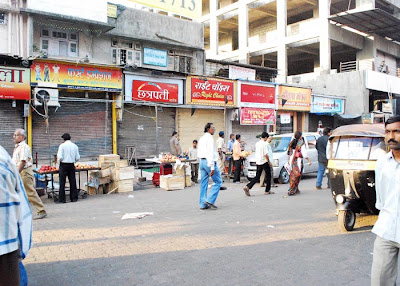 Shopkeepers voluntarily shut their shops to protest against the unofficial inauguration 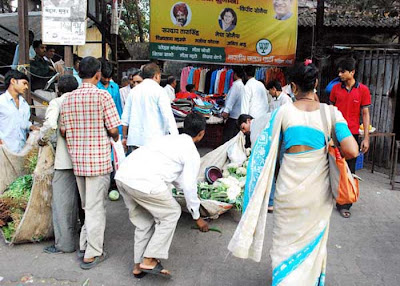 Hawkers gather their wares to make way for the inauguration function 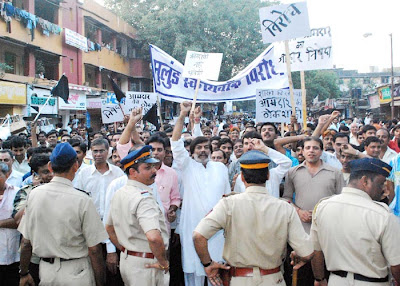 Police barricade to prevent protestors from disrupting the inauguration 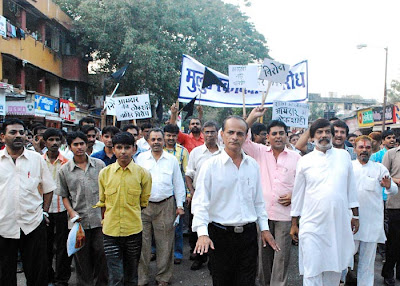 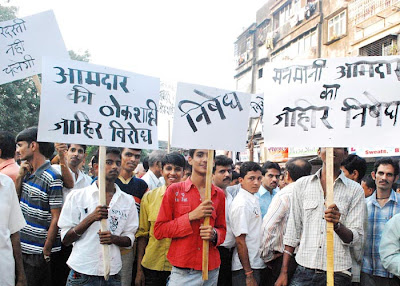 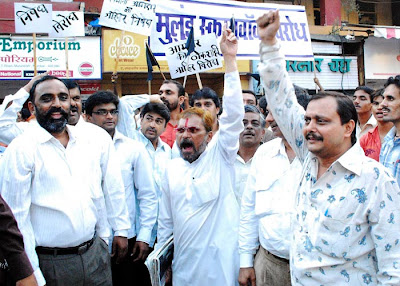 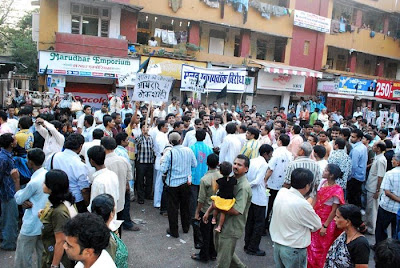 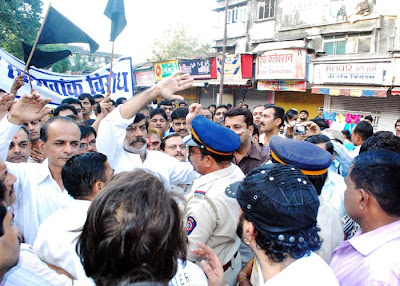 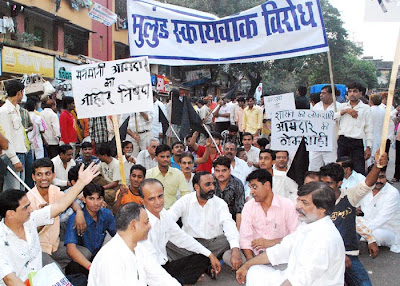 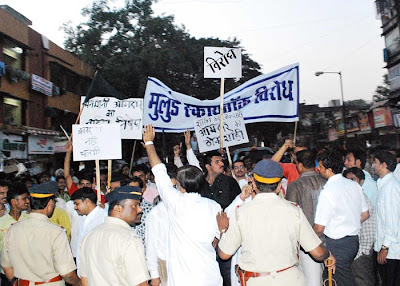 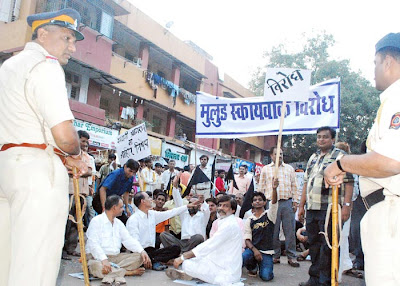 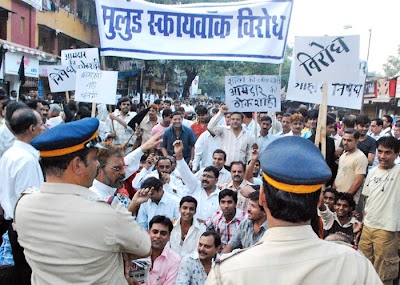 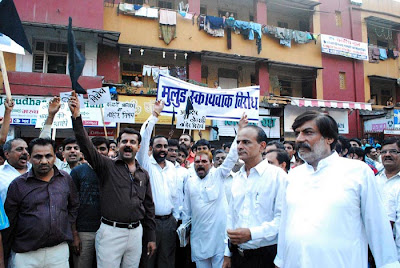 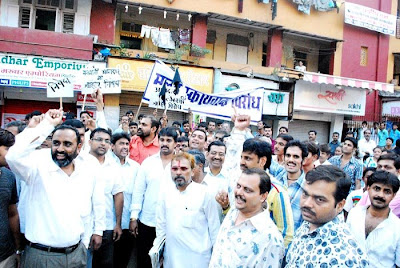 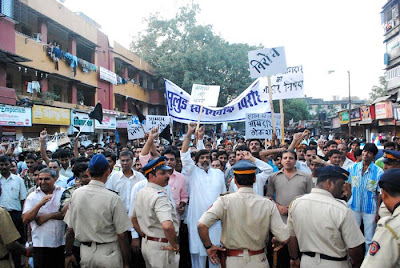 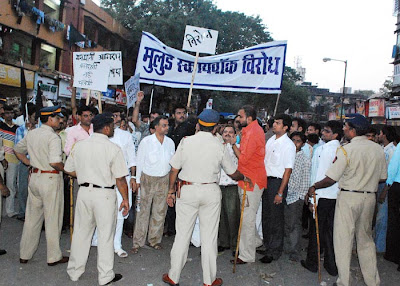 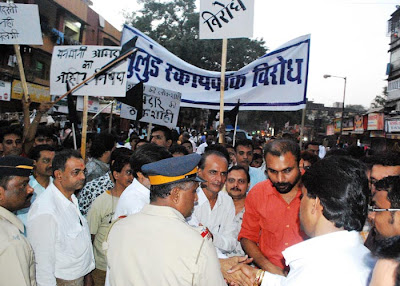 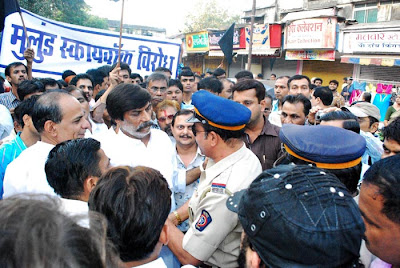 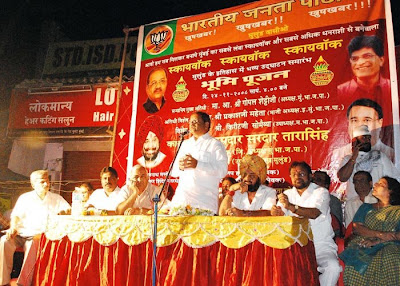 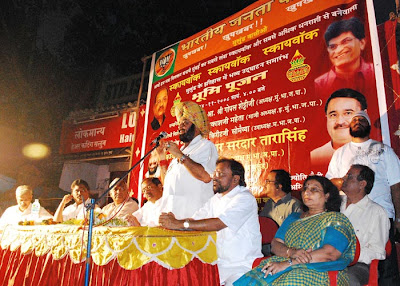 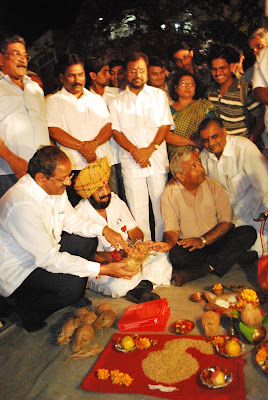 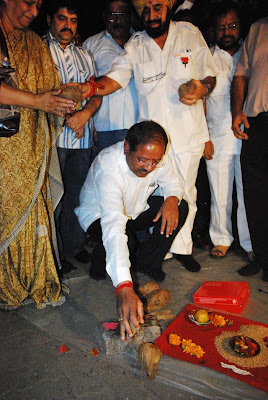 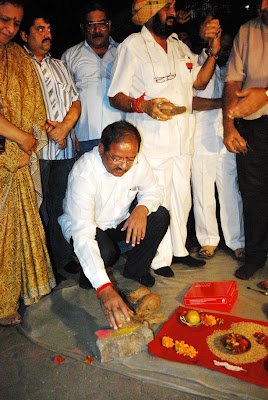 Residents and shopkeepers from Mulund, led by shopkeeper's welfare association, protested against BJP MLA Sardar Tara Singh for conducting inauguration of the Skywalk project in Mulund west. Hundreds of Shopkeepers shut their shops in protest and along with residents and took to the streets when they came to know that Tara Singh was planning to conduct an unofficial inauguration of the Skywalk project in Mulund west. The Skywalk project in Mulund west is facing stiff opposition from residents and shopkeepers as they feel that the skywalk will disturb the privacy of the flat owners on 1st and 2nd floors and will hamper business as well. Furthermore the MMRDA officials have failed to assure the grievant people of Mulund about the exact plan to be adapted while executing the project.

Shopkeepers Welfare Association, president Yogesh Katira said, that in spite of our repeated efforts to the MMRDA officials to arrange a joint presentation there has been no response from them. Moreover the Tara Singh who is the local MLA has made it a prestige issue and is hell bent on implementing the project as if the suburb of Mulund was owned by him.

When the MMRDA officials were contacted they said that they had no intimation about the inauguration and the official inauguration of the skywalk project in Mulund was only to be conducted after clearing the doubts of the grievant residents and shopkeepers of Mulund.

On behalf of Congress MLC, Charan Singh Sapra, Rajesh Ingle of the Youth Congress also extended support to the protestors and explained that, Skywalk project is the brain child of the congress party and is a step ahead towards modern day commuting, it should be implemented in Mulund with proper planning, consultation with the affected people and with certain compulsory amendments but local MLA Tara Singh was trying to gain political mileage by forcible implementation of the incorrectly planned Skywalk. He further added that Charan Singh Sapra had spoken to the MMRDA officials and expressed concern over the incorrect plan of the Skywalk and suggested certain improvisations in the existing plan to which the MMRDA officials had agreed. Therefore there was no need to conduct an unofficial political inauguration of the Skywalk project before the plan was finalized, this also was a breach of the protocol"

The Mulund police led by its senior inspector Prakash Landge managed to keep a distance between the protestors and the program where the inauguration was being conducted. The protestors waved black flags and shouted slogans against Tara Singh, and expressed their anger against the unofficial inauguration. While the protests were on one side; MLA Tara Singh somehow managed to get the Bhoomipujan done in the presence of BJP city president, Gopal Shetty, and Municipal Councilors belonging to BJP.