Son kills mother's 'boyfriend' after finding them together in Mulund Colony 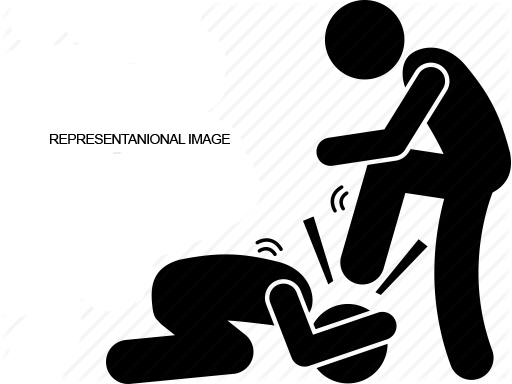 Mumbai 22rd April 2019 :
A 25-year-old man killed a 55-year-old Devendra Singh a Rikshaw Driver after finding him with his mother at home in Mulund Colony near pipe line, the police said. The police arrested accused on Tuesday from Boisar, Palghar District at his home under section 302 (murder) of the IPC.
The incident took place on Monday late night when accuse returned home and found his mother with Devendra Singh. Police said, enraged, accuse started kicking and beating Singh, who died after being assaulted for nearly 15 minutes. The police were informed about Singh's death by accused mother.
Accused lived with his mother and father in Mulund Colony his father is a watchman, his mother runs a tiffin service, while accuse does is an electrician at some construction sites at Boisar, Palghar. A few customers also visit their house for lunch or dinner.
Singh, who was an auto driver and used to sleep in his vehicle near his house, used to eat at his house. "When he went home, he found one of the customers who used to visit regularly for lunch or dinner with his mother," said an officer from Mulund police station. One team with API Avinash Pore, API Sachin Kadam, PSI Sayyad Mulani and staff "We have arrested the accused from Boisar for murder. " Senior Inspector Ravi Sardesai told PNRNEWS.